Even with Apple's forthcoming iOS 5 updates to its default camera application, those upcoming features can't match what already exists in Global Delight's Camera Plus Pro. For $1.99, Camera Plus Pro provides users with over 100 tools for every part of the picture taking process, including video recording. It works with all versions of the iPhone, iPod touch, and iPad 2 with iOS 4.1 or the later update. Let's examine what it can do, and why you will want to replace Apple's default camera with Camera Plus Pro.

The home screen of Camera Plus Pro consists of four menu items (photo below, starting from the left to right): picture taking settings, the front facing camera button (which turns the camera lens around for self-portraits), the shutter button, the video recording button, and the app's internal photo library. 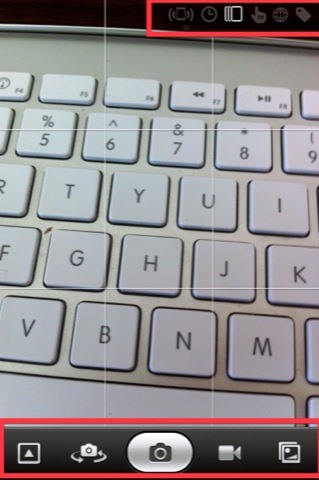 At the top of the screen, the tools overlay indicates which settings have been selected. 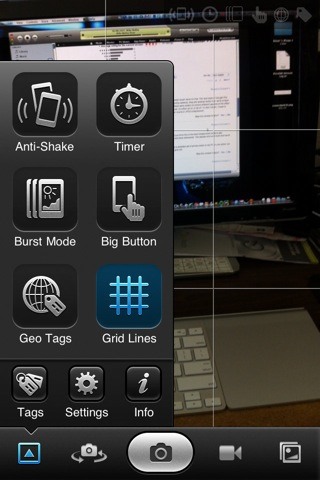 If you tap the camera setting button, you get six very useful tools, including:

Apple's upcoming updates will have nowhere near the amount of settings that appear here; similar settings are also included for video recordings. 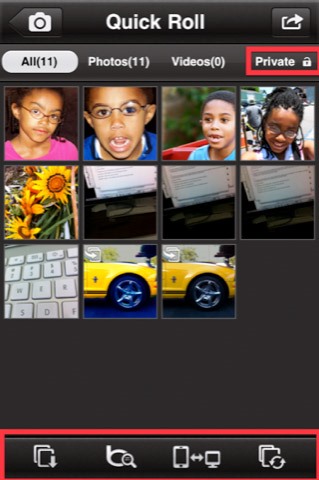 In the upcoming update of Apple's camera, it will include a feature for rotating and cropping photos. Those features already exist in Camera Plus Pro, plus many more. When you take photos using Camera Pro, they are saved to the app's internal library, called the Quick Roll. Its menu items (shown in the photo above, from left to right) include: 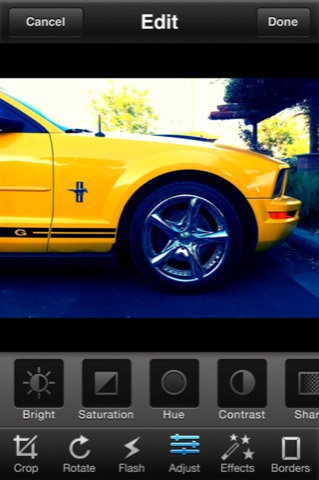 When you select a photo in the Quick Roll, you get several photo editing options including: thecropping and rotation tool; the ability to add a flash effect to a photo; an image adjustment and effects tools (see next section), and a set of borders to apply to the selected image. There are also tools for tinting and changing the temperature of a selected image.

Camera Plus Pro's adjustment feature includes many of the types of image adjustment tools you may have already used in iPhoto and/or Photoshop/Photoshop Elements. You can adjust a selected image for brightness, color saturation, hue intensity, image contrast, and sharpening. 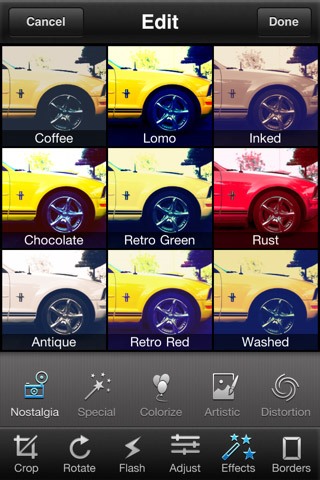 Camera Plus Pro also includes 45—that's 45!—free filter effects, many of which you can find in other third-party iPhone camera applications. After selecting one effect for an image, you can simply swipe left to preview the other filter effects for the same photo.

Camera Plus Pro will snap quick photos just like Apple's default camera, but the advanced features of this app is almost equatable to a pro digital camera. If you often use your iPhone for taking photos, you owe it to yourself to buy Camera Plus Pro ($1.99 at the iTunes store).

What are your favorite photography apps?